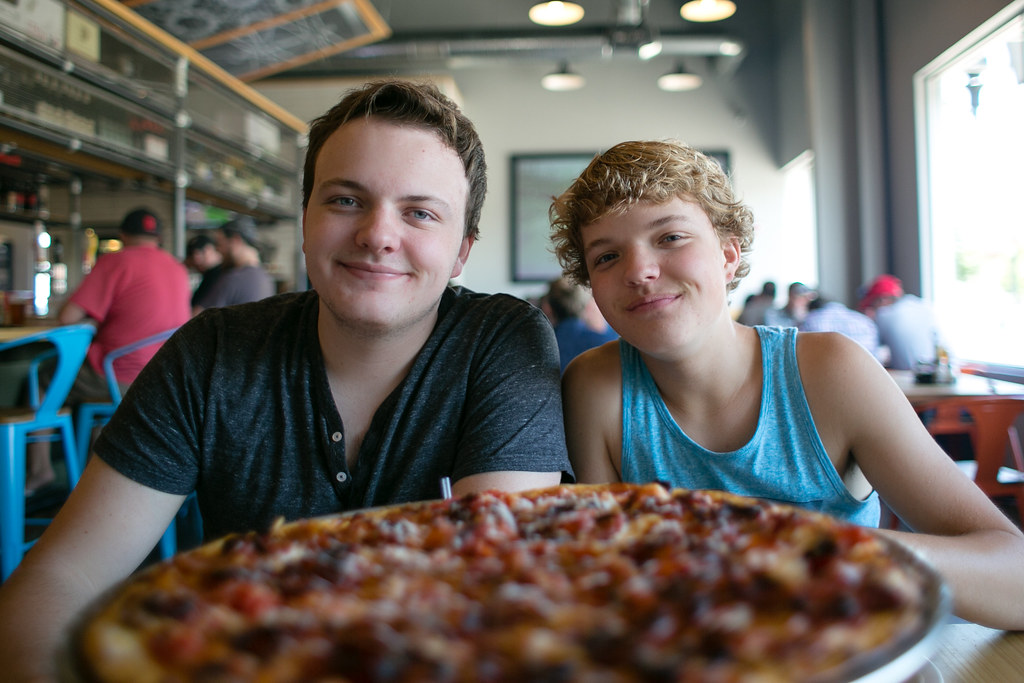 147/365 Quick lunch
One has a sinus infection and one is getting his wisdom teeth pulled soon. We finished up our doctor appointments at the same time, so we grabbed a quick lunch. 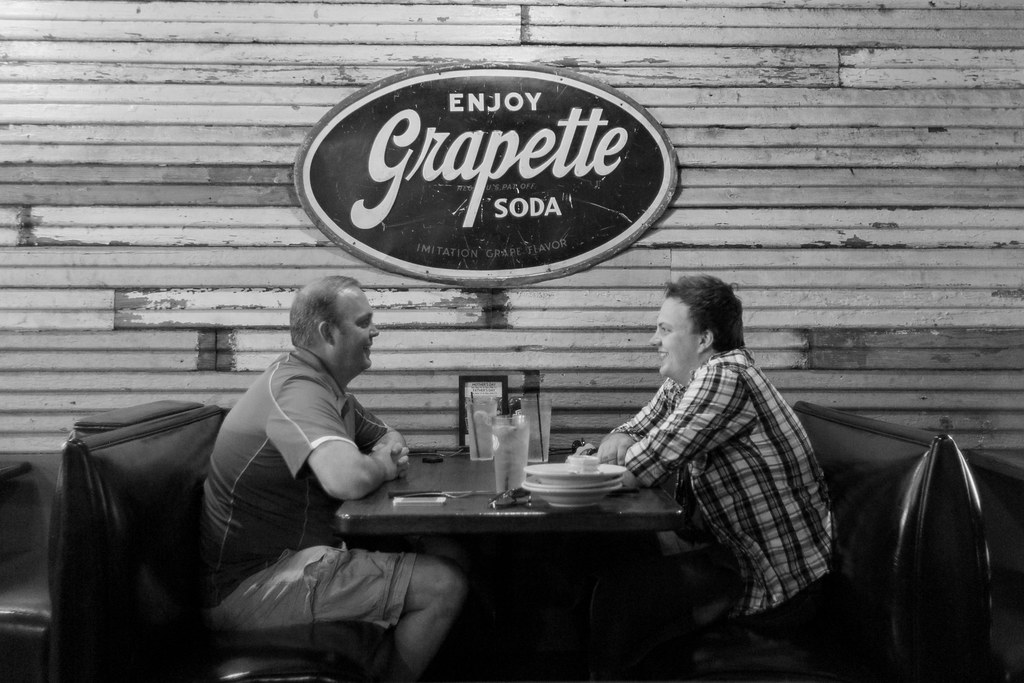 148/365 He built a Tesla Coil…
and it works! This teenager has loved his physics class this year, and yes he made a 100 for this end of the year project 🙂 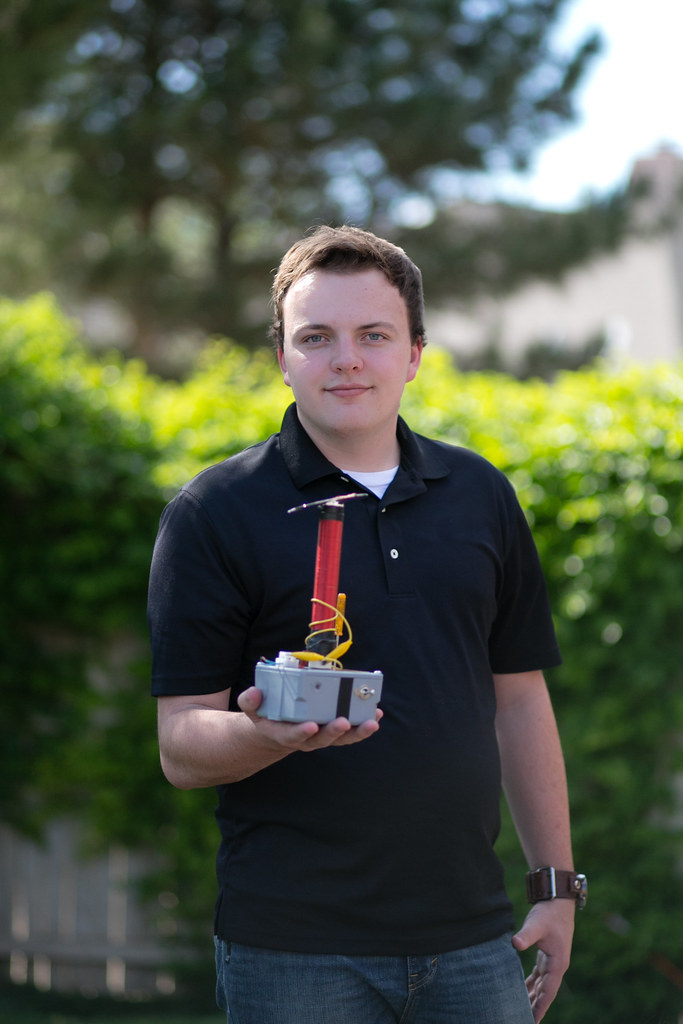 149/365 Hey it’s Franklin!
This turtle was trying to make his way across a 6 lane road when my youngest jumped out of the car and picked him up. We wanted to keep him (and we even named him Franklin from an old cartoon my punks used to watch about a turtle named Franklin) but upon further research we found out two things that quickly changed our minds. #1 Franklin was probably a Francesca and most likely wandering to find a place to lay her eggs. #2 Turtles are known to carry salmonella, hence the gloves in the picture. So we did what any upstanding Texan would do, and we returned her to the nearest pond where we thought she was traveling from. 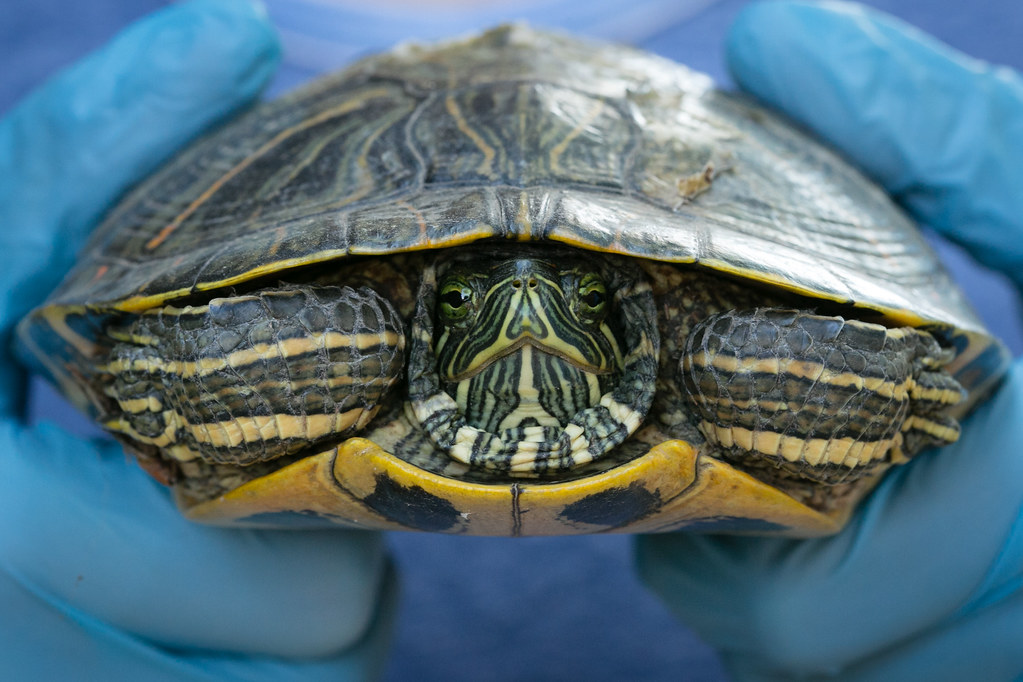 150/365 Time for a workout
Peeking through the blinds watching brothers encourage and workout together. 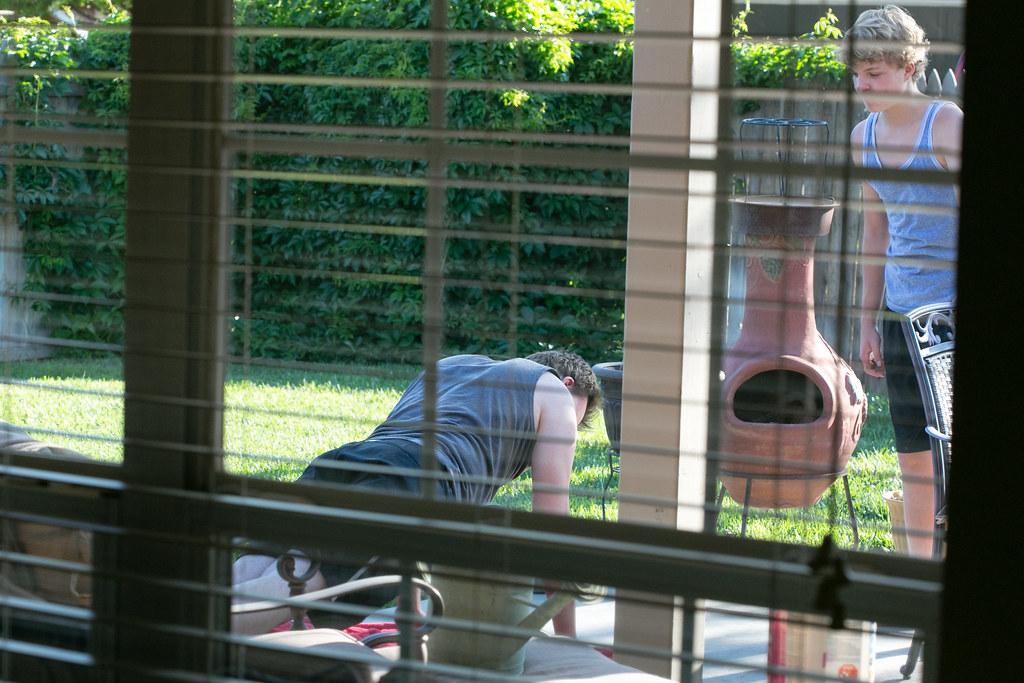 151/365 Rock. Paper. Scissors.
Who gets the milk first? It goes on forever because they constantly tie by picking the same thing like above. They both chose paper. They think too much alike 😉 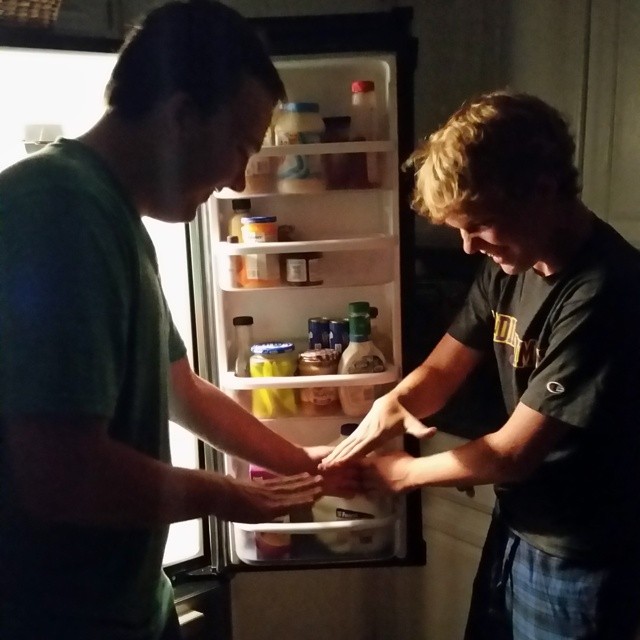 152/365 Time to arm wrestle
Big brother beat little brother (with quite a fight), then Dad stepped in and beat big brother and peace was once again restored. 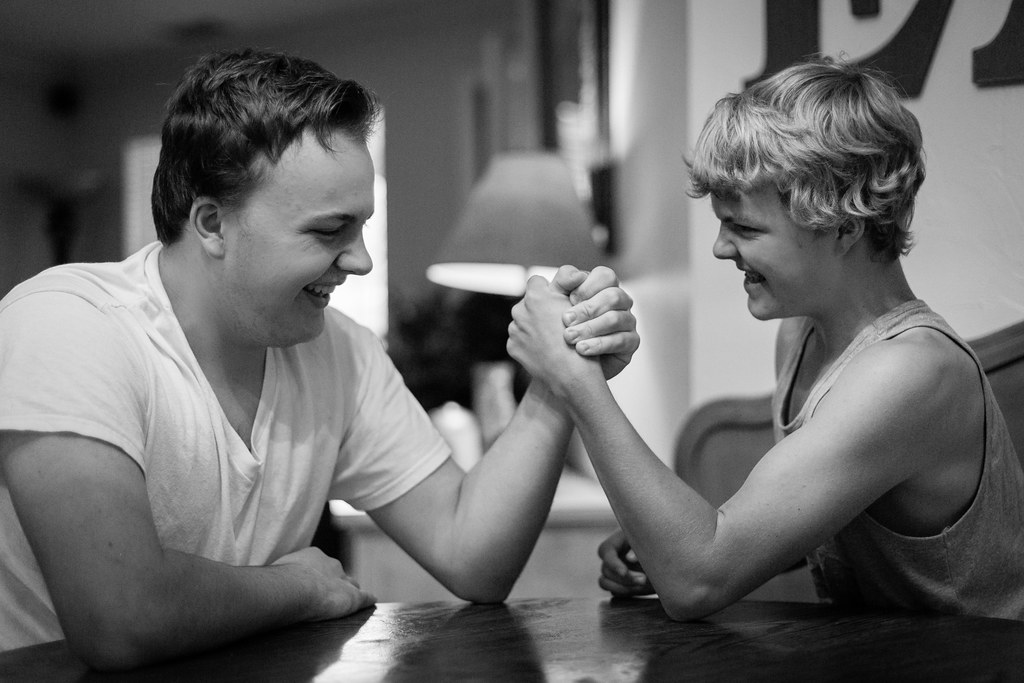